Mid-sixteenth century. A conqueror battered in a thousand and one setbacks, Alvar Nunez Cabeza de Vaca, embarks on a tortuous journey from the Brazilian rainforest to help a Spanish group isolated in the present capital of Paraguay, Assumption. Find a solution to the Rio de la Plata, but runs into one of the most solemn wonders of nature, Iguazu Falls. It is a pleasant illusion midst of so much suffering. Now become a tourist attraction in the first order, this privileged enclave straddling Argentina, Brazil and Paraguay still keeps the memory of the Spanish adventurer step.

The tripGo ahead than any description of Iguazú not lived up to its undeniable beauty and is doomed to rush down the river of forgetfulness as the millions of liters of water every day tumble for its waterfalls. Rarely has the traveler felt as close to God as facing the impressive waterfall of the Devil's Throat, Argentina side of the Iguazu Falls. Faced with such a feast of nature, ambitions become smaller and insignificant one feels overwhelmingly. And while water splashes face and deafening roar breathtaking, the traveler, have accessed this privileged platform comfortably through a gateway and has a half hour your comfortable hotel room, can not help wondering what the hell happened to the head of the Spanish Alvar Nunez Cabeza de Vaca when, in 1541, crossed his path this formidable display genesíaca.

Cabeza de Vaca was not an adventurer accustomed to wrinkle. When he became the first European to admire the falls, with a width of four miles to Falls cuatriplican-, I was already a graduate in conditions. It was only four years had miraculously returned to life on the ill-fated expedition of Panfilo de Narvaez to Florida, that led him to travel for almost a decade 18.000 miles from Tampa Bay to the Mexican Pacific coast, in one of the greatest epics of a Spanish conquistador in the New World.

"As big blow that is heard from afar"

Unable to adjust to a quiet life, was re-embark for America at the end of the year 1540, this time as governor of the region of the Rio de la Plata in the absence of headline news, Pedro de Mendoza. After being shipwrecked off the coast of Brazil, on the island of Santa Catalina, would know that the Spanish colony of Buenos Aires had been abandoned and that the new settlement was in Asuncion (Paraguay in the current). Without thinking twice, directed his steps toward it to help their 400 compatriots. And then, after several weeks of hard journey, He stood before the imposing barrier of the Iguazu Falls.

Rarely has the traveler felt as close to God as facing the impressive waterfall of the Devil's Throat, Argentina side of the Iguazu Falls.

It had before it the same river waterfalls that the ancestors of the Guarani Indians who guided him through the jungle had christened Iguazú (agua great). In his chronicle of that trip, Cabeza de Vaca left to history the first description of the falls, which he called Santa Maria. "The river-wrote- jumps down by some rocks very high, and gives the water in the bottom of the earth so great blow that is heard far; Water and foam, as falls so hard, climbs up two spears and more ".

Divine wrath against two lovers on the run

The traveler is petrified at the viewpoint of the Garganta del Diablo where, despite the influx of visitors, and aided by the roar of the waters in its vertiginous drop of almost 80 meters, just sit quietly. The Guarani believe was an angry god who broke the river to prevent the escape of her lover Indian Caroba Naipur, from which the deity had fallen. The daring Guarani was turned into tree; su musa, stone, Falls and the channel was never the same. Cataracts hereinafter remind the world that love the boldness of the gods always have the last word.

Until it reaches the board instead of a part of the train Niagara Station and walking to the trantrán 2,5 kilometers that separate the riverbed, running on a gateway that terminates at the Devil's Throat. The latter route is a delight, both by the views offered by the anxiety and urges travelers to finally achieve exceptional viewpoint.

The 5.000 cubic meters of water per second to collapse al vacuum Iguazu in arredraron of Cow Head. After loading with canoes "by force of arms" and circumvent the waterfalls, the expedition returned to embark on the Parana River, finally reaching Asunción in March 1542. Today, a plaque in memory of Alvar Nunez Cabeza de Vaca reminds visitors of the park that epic. The General Administration of National Parks and Tourism and honor the memory of the adventurer who "after bloody battles with nature and the unknown in his reckless journey from the Brazilian Atlantic forest in search of a route to the Rio de la Plata discovered this wonder of the world .

The roadFrom Buenos Aires, Iguazu flights to depart from Aeroparque, the aerodrome for domestic destinations. Aerolíneas Argentinas daily trip covers, it takes just two hours. Tip: if you fly early in the morning, an interesting option if you have only a couple of days is to go directly, upon arrival at the airport in Iguazu, the Brazilian side of the falls. Any taxi driver (cabbie) will bring you to the park FOC Iguacu (the traveler paid 150 pesos for the trip and back to the hotel). Thus, available the day after a full day to tour the Argentine side walkways, most spectacular.
A napThe stakes are clear: the Sheraton is the best choice (though also the most expensive), because it is the only hotel located inside the Argentine park. The guests are privileged to explore at will the viewpoints before the park opens its gates and runways are filled with hordes of visitors spending a night in Puerto Iguazú (which brings together the largest hotel supply), twenty kilometers of national park. You can book the room online (those with views of the falls are more expensive).
A table setDining at the Sheraton in view of the falls (make no mistake, only peek in the distance), enjoying a grilled steak and a good wine from Mendoza, is one of the pleasures before which no traveler should pass by.
Highly Recommended-On the Brazilian side you can fly over the falls by helicopter around 60 euros per person. The complaints from environmentalists about the damage to the fauna of the jungle prevent too many years down, so the experience is not as daunting. In the Argentina side, The boat ride to the foot of the falls (one of them is named Cabeza de Vaca) is an unforgettable experience, as long as you take care to make good backup camera.

-You have to read "Shipwrecks and comments", Alvar Nunez Cabeza de Vaca to understand the impression made by the Spanish explorer find the surrounding countryside after a tortuous journey as foolhardy as.

-In the viewpoint of the Devil's Throat, a photographer provided a ladder provides snapshots tourists for a few pesos. The prospect of getting cataracts due to its highest position is unique and worth scratching your pocket (photos are included in the hotel reception). 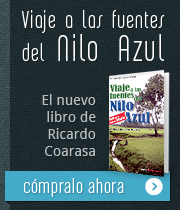 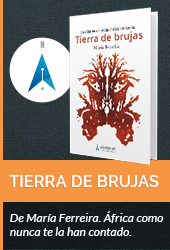 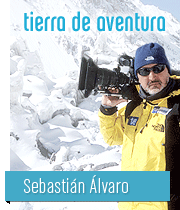 Dear Daniel, very grateful for your answer and excuse me for ...

What a moment this, when reading you! This has been ...

How much sensitivity, how sweet! Thanks, Mary! By when a book? Not ...

Thank you Maria for providing me with these moments, reading here ...

Thank you Maria for providing me with these moments, reading here ...

RT @ Viajespasado: We close today in @ Viajespasado with these five magnificent stories the Postcards in times of Covid of @ememzungu. Why…